Found in: Police and Special Forces, Methods of Entry

The Mini-Ram joins the Ram-It and Ram-It 2 Door Rams which were originally developed for US SWAT teams but which are now regularly in use with most UK and many worldwide Police and Military anti-drug and special operations teams.

The Ram-Its could not be easier to use and no setting up time is needed.  Simply get in position in front of the door, swing the ram back to gain momentum and then swing it forward to open the toughest door.

The Ram-It is 76cm long and weighs 16kg, but nevertheless impacts with an incredible 6,300kg of kinetic force.  The Ram-It 2 is the heavier version, 25cm longer and weighing an additional 7kg.  It can be used by either one or two operators at a time.

The Mini-Ram weighs 16kg, the same as the Ram-it, but is only 41cm long.  It is the smallest door ram currently available and is ideal for use in confined spaces. 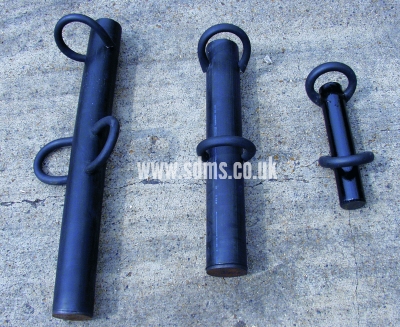