The new IED Demolition Kit was developed in collaboration with British Army bomb disposal experts as a man-portable kit, which can be easily carried in a rough terrain.

The IED Demolition Kit is designed for infantry, engineer and EOD use for the safe carrying of all equipment necessary for activating a detonator, fuse or a disruptor/de-armer to destroy a suspect bomb, mines and other unexploded ordnance. The kit, contained in a specially modified bergen back-pack, is not provided with live detonators, but comes with a NATO-approved container which has been specially developed for the safe transportation of live detonators. 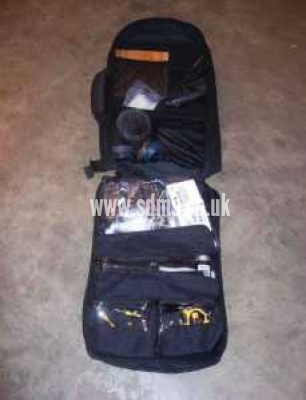