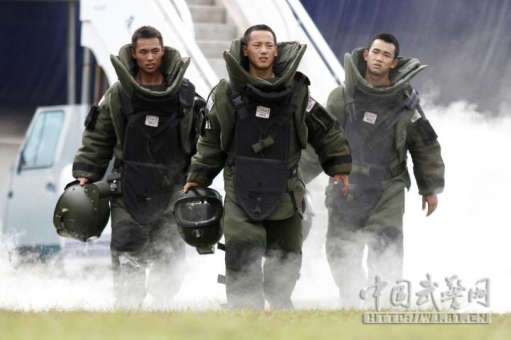 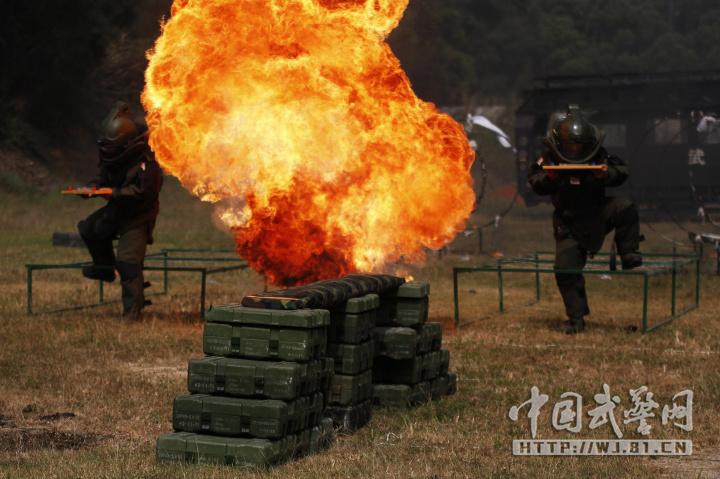 The training is designed to test their competence and the effectiveness of standard immediate action drills under simulated operational conditions. 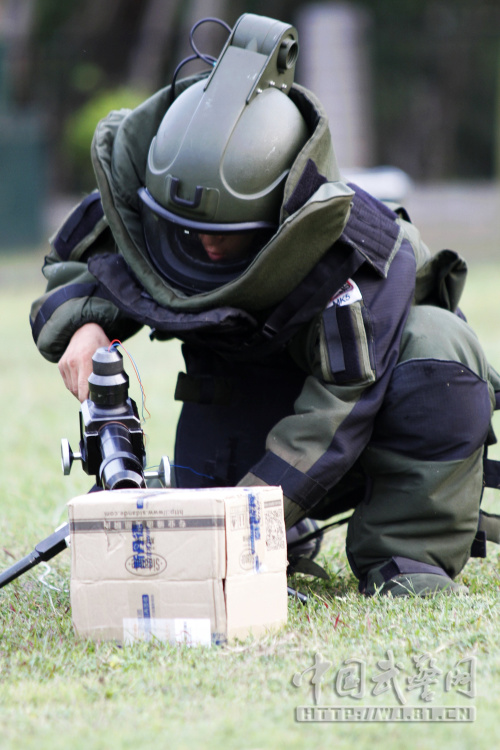 Each of the images was accompanied by the caption: EOD (Explosive Ordnance Disposal) specialist is a special and high risk profession. In the heavy bomb suit which creates a silent world for them, EOD specialists make life and death judgments by themselves. Let’s have a look at a group of training photos of the EOD specialists in Xiamen armed police force. 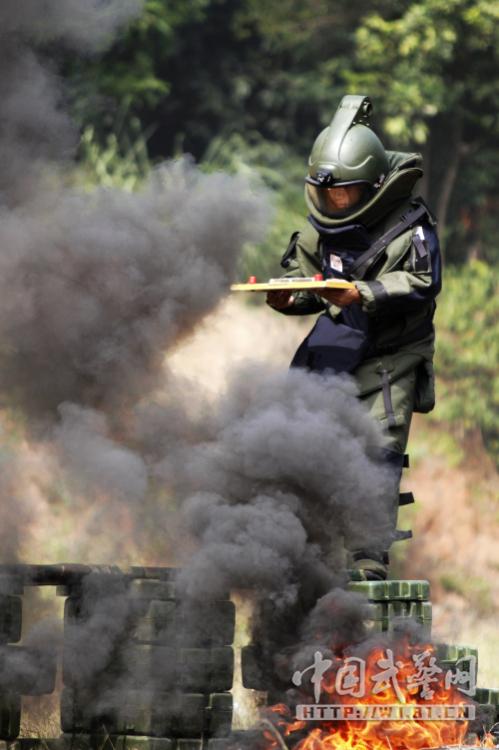